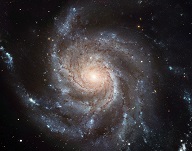 Abstract:        A public domain article.    The following list of the "anomalous" characteristics of gravity, only "appear anomalous" when viewed via the general relativity "attraction" and mass "attraction" theories.
It is shown here that these so called gravitational anomalous characteristics are not anomalous, and are predicted by and conform to the natural geometric characteristics of a radiation and shielding system of gravity.
This web article only presents a review of each anomaly. A detailed presentation of each anomalous issue is given in the referenced hyperlinked articles. A review of the radiation and shielding system will aid in perusing the resolutions of these so called "anomaly" issues.
Ref. page this site: Radiant Pressure Model of Remote Forces .

The content of this article "Resolving Gravitational Anomalies" is granted to be in the public domain.  Stanley V Byers

Double Force Anomaly:       Mass "Attraction" and General Relativity "Attraction" theories produce twice the gravitational force that is required to maintain the planets and moons in orbit.

This elementary double force paradox provides clear and present evidence that eliminates the two attraction concepts as viable theories for the cause of gravitational force.

The general relativity "attraction" and mass "attraction" theories erroneously predict that gravity is un-limited and will always increase in proportion to added mass or volume. Therefore: if one uses the attractive theories, the unlimited gravity of the imaginary "Black Holes" can be produced by simply adding more mass.
However, our solar system data and the radiation and shielding system demonstrate that the maximum gravity within our solar system is limited to 1.141 g, which is just 14% greater than the Earth’s gravity of one g. There are no black holes in a limited gravity universe.
All of our system planets, which are larger than Earth, exhibit this exact same maximum surface gravity. For these planets that are large enough to shield all radiation from below, the maximum radiation flow from above will only produce 1.141 g. Their solar system weight, orbital force and surface gravity are not proportional to accumulated mass or volume but are "exactly" proportional to their projected cross sectional area.
The readily available evidence, that planetary gravitational force is definitely limited and does not continue to increase in direct proportion to increasing mass and volume of the planets, is the clear and present evidence that eliminates general relativity attraction and mass attraction as viable theories for the cause of gravitational force. This evidence was first discovered and revealed to the U.S. Government, the science community and the U.S. Military circa 1975 AD.
Ref. page this site  Gravitational Limit

All planets larger than Earth exhibit a solar system weight that is much less than expected for their large volume. The large inner cores of these planets are completely shielded from the gravitational radiation flow by the outer layers; therefore the material within the large zero gravity cores cannot contribute to the mass, weight, inertia or internal pressure of the large planets.      continued

However; the core material supports the weight pressure of the outer layers, and exhibits the same pressure throughout the core. Of course, there is no pressure gradient within the high pressure, zero gravity, zero inertia core material. The extreme pressure and heat within the core may produce a plasma state. The actual and maximum internal pressure for all of our black shadow planets is equal to the maximum gravitational radiation pressure of our solar system, which is 86.6 million PSI.

The massive magnetic fields of the Sun and Jupiter shield gravitational radiation; making the Sun and Jupiter's surface gravity falsely appear significantly above the natural upper limit of 1.141 g. The large shielding areas of the magnetic fields produce a true gravitational force and do not depend on any magnetic force this field may have for any ferromagnetic material. Since the maximum gravity in our system is 1.141 g, the Sun would have to be 24.5 time larger than it's actual size in order to produce the required central force. Given the "apparent" visual size of the Sun it can only provide 4 % or less of the known total gravitational force toward the solar system center. The central magnetic field surrounding the Sun shields gravitational radiation and provides 96 % or more of the force toward the solar system center.

Precession of two pendulums over 14 hours spanning the solar eclipse of 2008.

Quote:   The two pendulums, with very close mechanical characteristics, had been placed both at the Suceava planetarium (but in different rooms). Each one was revived every 12 minutes in a given azimuth, which remained the same throughout the experiment, but this azimuth was not the same for the two clocks.
Extract of "Correlated anomalous effects observed during the August 1, 2008 solar eclipse; Thomas J. Goodey, Alexander F. Pugach, and Dimitrie Olenici; Journal of Advanced Research in Physics 1 (2), 021007 (2010) "  Unquote

This radiation and shielding system unifies the gravitational and electrical force systems since they are both sub spectrums of the Prime isotropic radiation. The magnetic shielding of the Sun and Jupiter demonstrates unified interaction between the two force field systems.

Ref. page this site. The Sun's and Jupiter's Gravity and Mass Anomaly 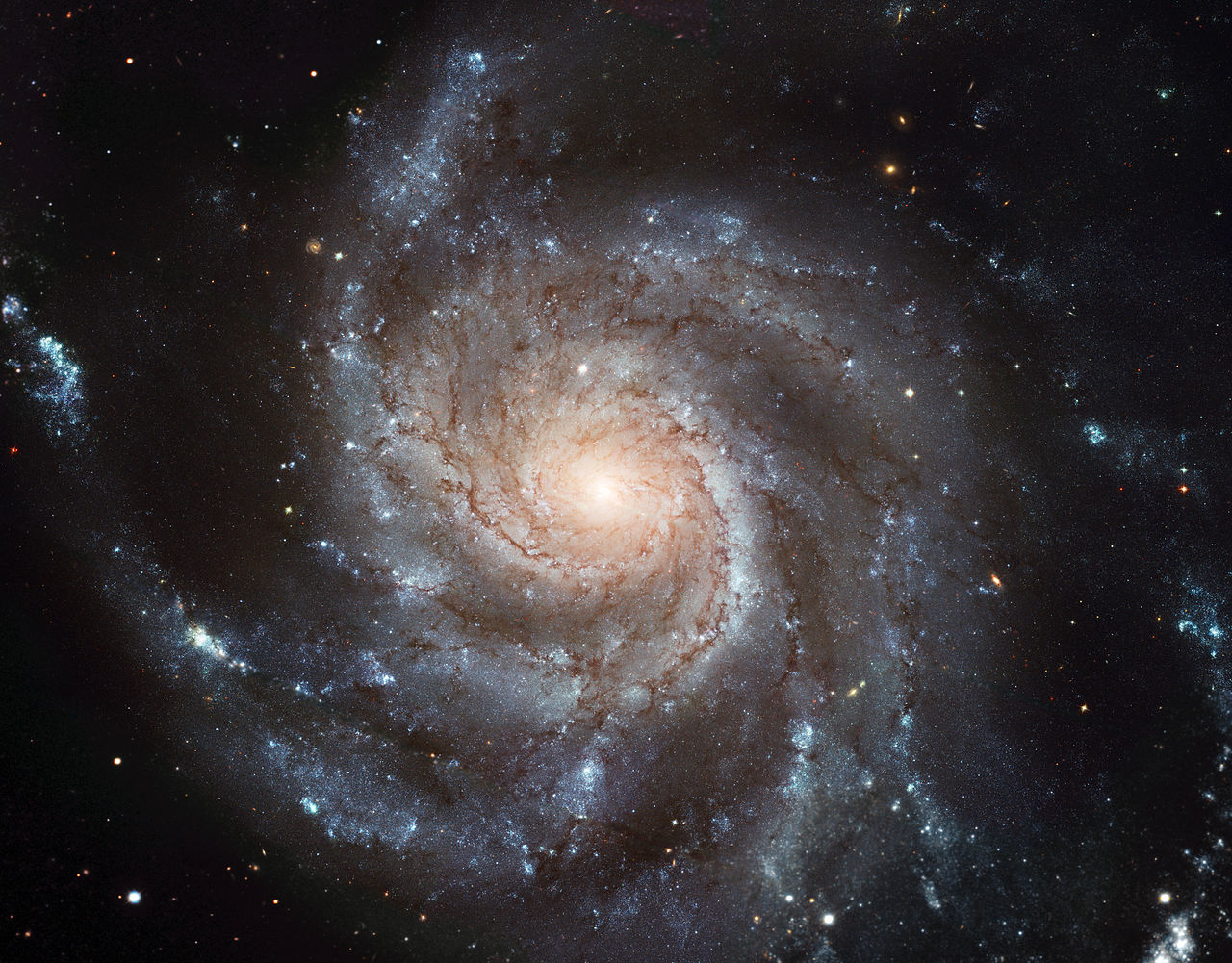 Within our solar system and the known moon systems it is well established that the outer objects take longer to make an orbital revolution than the objects which are closer to the center. Our earth takes one year to make an orbital revolution, while Jupiter takes about 12 years to make a revolution. So the critical question is; why do the inner objects in a spiral galaxy revolve with the same slow period (year) as the objects at the outer edge.
If our solar system functioned as our galaxy does, the Earth would need to slow down its orbital rotation rate to once every 12 years to match that of Jupiter's.

The radio astronomers have provided us with an invaluable view of the Milky Way's galactic spiral arms and the position of the earth within our galaxy. The earth's position is about halfway between the center and the outer edge of the galaxy. Since the gravity within a spiral galaxy has to be proportional to the radius, the gravity on the outer edge must be approximately twice the value of the Earth's gravity, and the central gravity must approach zero. If that outer position is truly the outer edge of the galaxy the value of two g's may represent the maximum gravity available in the known universe. The maximum gravity within our solar system is shown to be 1.14 g.s via a radiation and shielding system study.

The two disproven attraction theories, mass attraction and general relativity attraction, do not recognize the existence of natural gravitational shielding, and labor under the false assumption that gravitational force is unlimited,...i.e. (More mass gives more gravity without limit).  Therefore; in order to explain the spiral shape the Attraction Scientists have postulated the existence of black holes with unlimited gravity at the galaxy center and other "invisible" (dark) matter sprinkled throughout the galaxy. Estimates by the Attraction Scientists report that 92% of the total galactic mass must be black holes and "invisible" dark matter in order to explain the feature of gravity increasing with increasing radius.
Massive black holes, invisible dark matter and unlimited gravity cannot exist within a radiation and shielding system of gravity, and are not required to provide a cause for the spiral shape.     Continued

Gravitational shielding with in our universe is evidenced by the three following examples:

***  The Sun and Jupiter's apparent excess gravity,
***  The spiral shapes of many galaxies,
***  The Pioneer spacecraft slowdown listed below.

The visual evidence shows that gravitational shielding by mass and magnetic fields reduces the gravity, which results in the spiral form and clearly repudiates the predictions of the "relativity attraction' and "mass attraction" models. The spiral shape is clear evidence for the reality of a radiation and shielding system of gravity.

This radiation and shielding model demonstrates:

Some spacecraft have experienced an unexpected extra boost in gravity assist during their planetary flyby gravity assist maneuvers. The extra boost in gravity when approaching close to a planet is due to the fact that the projected size of the planet appears to increase until you are on the surface of the planet. The total effective force toward a planet is directly proportional to the density and size of the projected shadow. For black shadow planets the density stops all radiation and therefore the unexpected increase in force is directly proportional to the increase in the size of the shadow which occurs during an up-close approach. Understanding the cause of the extra boost may aid trajectory planning to take advantage of the natural radiation shielding characteristic.

Cambridge Journal article, Astrometric Solar System Anomalies, is by John D. Anderson and Michael Martin. Their original abstract addresses four unexplained anomalies connected with astrometric data. The following two anomalies are quoted from their work for comparison with the issues in this paper.
Quote:

1) Perhaps the most disturbing anomaly is the fact that when a spacecraft on a flyby trajectory approaches the Earth within 2000 km or less, it often experiences a change in total orbital energy per unit mass. The orbital radius at 2000 km altitude is 131.4 % of earth's radius.

2) ...there is an apparent (unexpected) slowing of the two Pioneer spacecraft as they exit the solar system in opposite directions. Unquote

Another predictable characteristic of this radiant shadow theory for gravity is symmetrical variations on global gravity maps. If there is a path through a planet that results in dark or light shadowing, similar variations should appear at each end of the path. There are high gravity spots 180 degrees apart and low gravity spots 180 degrees apart on Earth's gravity map. There is no explanation for this characteristic in the two attraction theories of gravity.